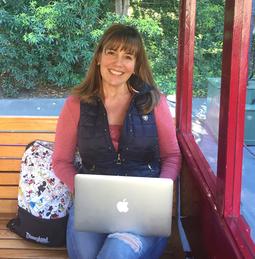 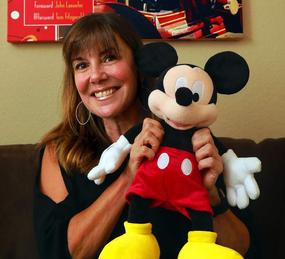 For the first time, the definitive culinary history of Walt Disney and Disneyland.
Two decades before the California food revolution, Walt Disney was planning a revolution of his own. Walt knew that food could be more than nourishment – it could be entertaining, too. The concept of families eating and playing at the same time was an innovation in mid-century America.
Food in Disneyland wasn’t gray or humdrum. It was full of fantasy and color!
Eat Like Walt is a culinary tour of the park’s six lands. Every attraction has a story, and so do many of the menu items. Disneyland’s food transports us as much as it satisfies us, or as Walt declared, “The food is as fabulous as the fun, too.”

​Although Disneyland opened in 1955, its culinary history dates back to 1923 when Walt first arrived in Hollywood. Walt was a simple eater yet a big dreamer. By 1934, four years before his first feature film Snow White and the Seven Dwarfs would be released, Mickey Mouse had made him famous enough to have a recipe published in Better Homes & Gardens magazine. From humble beginnings to becoming one of the most famous men on the planet, Walt was more of an everyman than a pampered celebrity when it came to eating.

With food as the lens, Walt’s private and work life are explored – including recipes from his home, his studio and his Magic Kingdom – ensuring anyone can Eat Like Walt.

Marcy Carriker Smothers will be traveling to the Pacific Northwest with a wonderful presentation on the history of food with Walt, the Walt Disney Company and at Disneyland that will include rare and never seen photographs and historical video footage! This highly entertaining and informational presentation will be a highlight for any Disney Fan!

This exciting PNW Mouse Meet™ Event took place in the charming and intimate Black Box Theater at Edmonds Community College where the theater style seating provides excellent views for every Guest. The expansive stage and enormous screen mean a fantastic show for the audience and the presenters.
We were so excited to see YOU for this super fun event focused on Disney Food!

PNWMM’s Don Morin also hosted a Q&A session during the event and Marcy was be available after the show for Meet & Greet and will be happy to sign any of her books you bring to the event.


Notice: Trying to access array offset on value of type null in /var/www/wp-content/themes/pnwmousemeet/single-pnw_mini_meet_ups.php on line 123

Notice: Trying to access array offset on value of type null in /var/www/wp-content/themes/pnwmousemeet/single-pnw_mini_meet_ups.php on line 123

Purchase your book by Marcy and don't forget to bring your book to the event to be signed.

Eat Like Walt: The Wonderful World of Disney Food

Eat Like Walt is a culinary tour of the park's six lands. Every attraction has a story, and so do many of the menu items. Disneyland's food transports us as much as it satiates us, or as Walt declared, "The food is as fabulous as the fun, too."